Three of the awards presented were established in the Ayala School of Biological Sciences and honor the contributions of Dr. James L McGaugh and the memory of Mrs. Carol Becker McGaugh, both of whom were integral to the founding and success of the Center for the Neurobiology of Learning and Memory.

Three awards were presented for the first time this year
The Carol and James McGaugh Award was established this year in the Ayala School of Biological Sciences in memory of Mrs. Carol McGaugh and to honor Dr. James McGaugh. The award was established by daughter and son-in-law of Dr. and Mrs. McGaugh, Janice McGaugh Morrow and William Morrow. This year's recipient, Keshav Suresh is an undergraduate working in Professor Tallie Z. Baram's laboratory. Keshav impressed the audience by relating his research on maternal stress to the poverty he experienced in India during his childhood.

Descriptions of all of the awards can be found by clicking here. 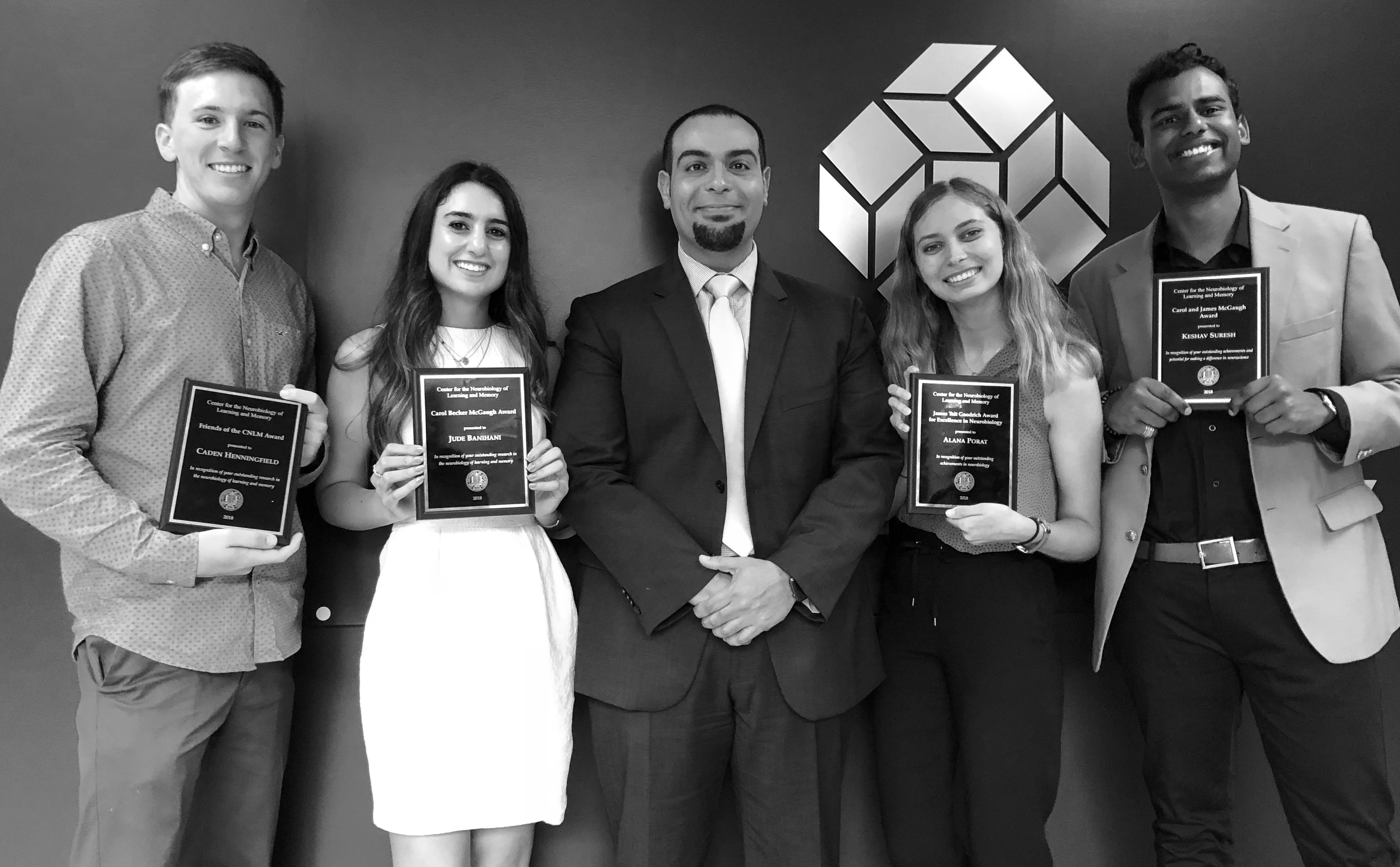 Friends of the CNLM Award

Congratulations to all of the 2018 Award Recipients!

Jude Banihani (Dr. Marcelo Wood)
"The role of CREST in the Regulation of Memory-Associated Genes"

Alana Porat (Dr. Karina Cramer)
"The Impact of Microglia Upon Synaptic Pruning in the Auditory Brainstem"

FRIENDS OF THE CNLM AWARD

Caitlin Suire (Dr. Frank LaFerla)
"Alzheimer's Disease: It's all about the balance"

ROGER W. RUSSELL AWARD IN THE NEUROBIOLOGY OF LEARNING AND MEMORY

ROGER W. RUSSELL AWARD IN THE NEUROBIOLOGY OF LEARNING AND MEMORY 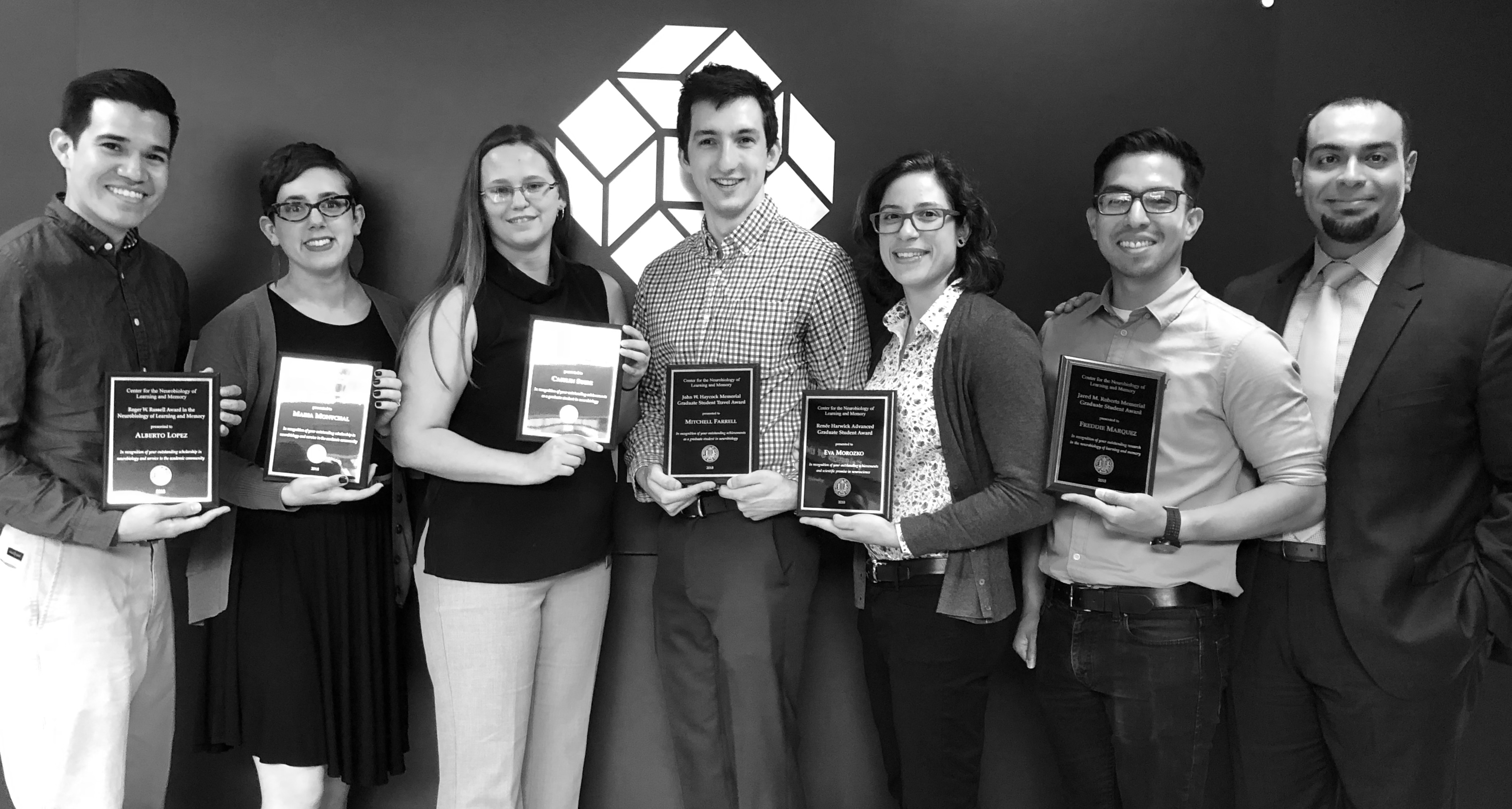