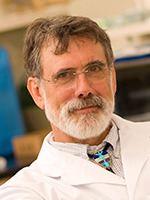 The main focus of Dr. McNaughton’s research is the physiological and computational basis of cognition, with particular focus on brain mechanisms of memory and spatial orientation and , and on the dynamic interactions among neuronal populations that underlie these phenomena. He has made significant contributions to the understanding of central synaptic plasticity mechanisms underlying memory, spatial information processing in the hippocampal formation and cortex, cortico-hippocampal interactions and memory consolidation, and the aging of the nervous system. In addition, he was the originator of the currently most widely used technology for simultaneous recording from large numbers of single brain cells in behaving animals (‘tetrodes’). This advanced technology has opened an unprecedented new window on understanding brain mechanisms of cognitive processing and their disorders due to aging, brain disease, substance abuse, developmental disorders and brain trauma. His current activities focus on theoretical and empirical study of the neural mechanisms underlying spatial orientation, the reactivation of memory traces in the cortex during sleep following learning and the role of this process in memory consolidation and the extraction of semantic knowledge from episodic memory.

Dr. McNaughton in the News 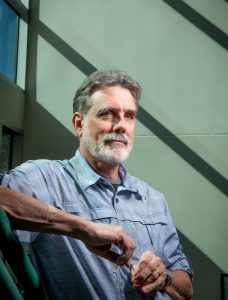 In the Fall of 2016, Distinguished Professor Bruce McNaughton was awarded a National science Foundation Grant to study how knowledge is extracted from memory. the grant was one of 18 funded projects from a cross-disciplinary NSF Integrative Strategies for Understanding Neural and Cognitive Systems program. This program supports bold ideas that go beyond single-discipline research efforts in order to advance brain science. The proposed research hopes to tackle one of the fundamental problems in psychology and neuroscience – how do transient memories of an experience become stabilized and available as long-term memories? Congratulations to Dr. McNaughton and his research team on this prestigious award. Stay tuned for more about this exciting research!

Congratulations to Dr. McNaughton who was named a Fellow of the Royal Society of Canada, the highest honor a scholar can achieve in the Arts, Humanities and Sciences in Canada.