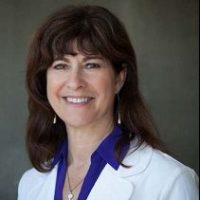 Discoveries in human genetics have allowed investigators to make significant progress in understanding the underlying cellular mechanisms that are disrupted by these mutations and to develop rational therapeutics. The research in the Thompson lab has largely focused on understanding pathogenic mechanisms for neurodegenerative disease and FGFR3-associated cancers in order to identify and validate novel therapeutic targets for treatment of these diseases.

HD is an autosomal dominant neurodegenerative disease characterized by specific regions of neuronal dysfunction and loss, most notably of neurons in the striatum and cortex. There is currently no effective treatment or cure for this devastating disorder. The primary cause of HD is the expansion of a CAG triplet repeat encoding a polyglutamine (polyQ) tract within the amino-terminal portion of a predominantly extranuclear protein, Huntingtin (Htt). Work from our lab and others suggest that this mutation disrupts many cellular processes, including transcriptional regulation, vesicular trafficking, mitochondrial function, degradation pathways, protein modification, protein folding and processing pathways. Protein aggregates and inclusions in affected brain regions, presumably the consequence of abnormal protein folding and/or proteolytic cleavage and degradation of the polyQ repeat-containing protein, are common hallmarks in all polyQ disorders. Cleavage of full-length Htt appears to be an important step in pathogenesis, as does subsequent nuclear accumulation of mutant Htt. Understanding the molecular basis of neuronal dysfunction and death as a consequence of CAG repeat expansion, which appears to confer a dominant toxicity, is critical to development of effective therapies.

The molecular and cellular basis of HD pathogenesis is studied using multidisciplinary systems including in vitro, cell culture, Drosophila and mouse models. In collaboration with Dr. J. Lawrence Marsh at UCI, a Drosophila model to study triplet repeat pathogenesis is effective at modeling disease pathogenesis and is part of a long-standing collaboration between the two labs. Approaches to investigate neuronal dysfunction include targeted studies of Htt oligomerization and its role in neurotoxicity, transcriptional dysregulation in the context of chromatin remodeling and epigenetics, protein modifications of the mutant protein that influences its clearance and cellular localization, and altered signal transduction in HD. Together with Dr. Joan Steffan at UCI, we are focusing upon the role of post-translational modifications of the Htt protein in cellular localization, transcription and protein clearance. Genetic and pharmacologic approaches to develop therapeutics are active areas of research using each of these systems. However, since molecular commonalities such as defective signal transduction, aggregation and altered transcription have emerged for diseases that involve aberrant protein folding such as Alzheimer’s disease, these efforts have applications to a wide range of neurodegenerative diseases.

Aberrant expression of wild-type or hyperactive fibroblast growth factor receptor 3 (FGFR3), a member of a family of receptor tyrosine kinases that function in a broad spectrum of cellular processes, is associated with a number of human cancers including hematologic cancers such as multiple myeloma (MM). The pathogenesis of FGFR3-mediated MM is the focus of fairly recent work in the lab, Dysregulation of FGFR3 appears to be oncogenic, since aberrant growth and survival of tumor cells is related to increased activation of FGFR3 and downstream signaling pathways. Concurrent with disease progression, a subset of these develop activating mutations in FGFR3 which appear to confer an adverse prognosis; these mutations are identical to those in TD. We are using both unbiased and hypothesis-driven approaches to understand the mechanisms involved in FGFR3-associated pathophysiology and to identify therapeutic approaches. Specifically, novel protein interactors and signaling pathways for FGFR3 identified through yeast two-hybrid screening are under investigation.