Fellow, Center for the Neurobiology of Learning & Memory

Research in my laboratory investigates the brain processes underlying the effects of drugs and stress hormones on memory storage. I began my studies of neurochemical influences on memory storage when I was a graduate student. In early research I found that, in rats, stimulant drugs enhanced memory when they were administered immediately after training. These findings suggested that the drugs acted to stimulate memory consolidation. Subsequent findings from my laboratory that post-training administration of stress hormones released by training experiences enhance memory consolidation indicate that activation of endogenous hormone systems plays an important role in modulating the storage of recently acquired information.

In recent years I have taken an interest in human memory, and in particular in Highly Superior Autobiographical Memory. 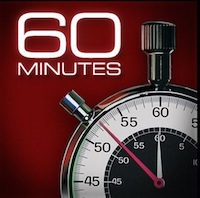 "Imagine being able to remember every day of your life. As Lesley Stahl reports, it's a kind of memory that is brand new to science." from Memory Wizards 60 Minutes Episode 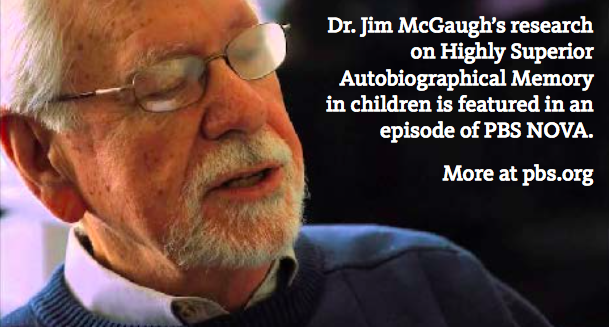 Introduction by Dr. Christa McIntyre | University of Texas at Dallas

James L. McGaugh  |  University of California, Irvine
"What Matters to me and Why"

Forget me not | By Jonathan Winslow

"James McGaugh, research professor of neurobiology and behavior at UCI, has spent much of his career researching the influence of emotional arousal in creating lasting memories and the brain processes that underlie them. Though the early decades of his research focused almost exclusively on lab mice, his world was turned upside down in the spring of 2000 when a young woman contacted him saying she had a 'memory problem.' "
Orange County Register
May 12, 2014 at 12:00 am

JR Minkel asked neurobiologist James McGaugh, who studies learning and memory, to explain what kinds of memory erasure are currently possible and just how close scientists are to controlling recall.

Memory and Emotion: The Making of Lasting Memories

Drawing on fascinating research and case studies, James McGaugh, a distinguished neuroscientist, reveals that the key to understanding how memories are created may well be understanding how they are lost. He shows that lasting memories are not stored instantly. Why the delay? The author explains how the slow consolidation of memory has important adaptive consequences. It allows physiological processes activated by experiences to regulate the strength of the memory of the experiences. Emotionally arousing experiences induce the release of stress hormones, which act on the brain to influence the consolidation of our memories of recent experience. These findings have important implications for the controversial issues of post–traumatic stress disorder and repressed memory syndrome.

Psychology I: An experimental approach

Learning and memory: An introduction

The History of Neuroscience in Autobiography

Dr. McGaugh wrote a piece in this collection of autobiographical essays by distinguished senior neuroscientists in which they recount the events that shaped their lives and identify the mentors and colleagues who inspired them. The narratives provides a human dimension to the world of scientific research.

McGaugh, J.L. and Roozendaal, B. Role of adrenal stress hormones in forming lasting memories in the brain. Current Opinion in Neurobiology, 2002, 12, 205-210.