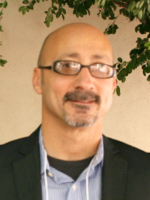 The focus of our research is to understand the molecular bases of neuronal dysfunction and death in Down’s syndrome (DS) and Alzheimer’s disease (AD).  AD is the most common form of dementia in the human aged population, affecting more than four million people in the United States. It is characterized by significant neuronal loss and the abnormal accumulation of aggregated amyloid beta (Aß) and tau in the form of senile plaques and neurofibrillary tangles respectively. The presence of abundant senile plaques in various brain regions is a pathological criterion to confirm AD diagnosis. Yet, the role of Aß and tau in the disease process remains poorly understood.  DS or trisomy 21 is the most common genetic condition associated with mental retardation. It occurs in about 1 in 850 live births (approximately 350,000 DS subjects in the USA). As a result of improved medical care, the childhood survival and life expectancy of individuals affected by DS has greatly improved in recent years. Not only are greater numbers than ever surviving into adulthood, but also some are beginning to reach what would be considered old age for the population at large. Unfortunately, this dramatic public health accomplishment has been accompanied by a very high prevalence of chronic disorders in DS individuals including a very high prevalence of AD. These developments have presented unique new challenges for patients, families and health care providers. To study the mechanisms of neuronal death and dysfunction in AD and DS, we utilize a combined experimental approach which includes the use of human fetal primary cultures from brain and other tissues, fibroblast and limphoblastoid cells from DS and AD patients, post-mortem brain tissue, and transgenic models. We are one of a few research groups utilizing human cortical neurons as an experimental paradigm for neurodegenerative diseases, and to our knowledge, the only lab using DS cortical neurons to investigate DS and AD pathology. It is relevant to look for disease mechanisms in human cells because significant structural and functional differences exist between human and rodent neurons.