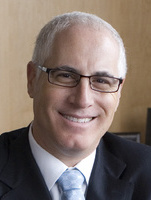 The neuropathological correlates of Alzheimer’s disease (AD) include amyloid-ß (Aß) plaques and tau-laden neurofibrillary tangles. Although it has been possible to develop transgenic mice that develop one of these lesions, it has proven to be quite challenging to develop mice with both histopathological lesions in the same mouse, in AD-relevant brain regions such as the hippocampus and cortex. To better model AD neuropathology, my lab utilized a novel approach to create a triple transgenic model of AD (3xTg-AD). Rather than crossing independent lines, we microinjected two transgenes (ßAPP and tau) into single-cell embryos from homozygous PS1M146V knockin mice, generating mice with the same genetic background. Compared to crossbreeding, the approach we used offers several major advantages. The integration of the ßAPP and tau transgenes at the same genetic locus renders it unlikely that either transgene will independently assort in subsequent generations. Therefore, this tight linkage coupled to the ‘knockin’ of the PS1 mutation indicates that the 3xTg-AD mice breed as readily as any single transgenic line, particularly because these mice have also been bred to homozygosity. Thus, deriving a large colony is straightforward, cost-effective, and does not require extensive genotyping of the progeny. Moreover, the easy propagation of this transgenic line facilitates their crossing to other transgenic or gene-targeted mice to assess the impact of other genotypes on the neuropathological or physiological phenotype. Lastly, another advantage to this approach is that multiple transgenes are introduced into an animal without altering or mixing the background genetic constitution. Thus, an important confounding variable is avoided, which may be a crucial parameter for behavioral, electrophysiological, and vaccine-based experiments. The 3xTg-AD mice develop both plaque and tangle pathology in AD-relevant brain regions. The 3xTg-AD mice develop extracellular Aß deposits prior to tangle formation, consistent with the amyloid cascade hypothesis. Despite equivalent overexpression of the human ßAPP and human tau transgenes, Aß deposition develops prior to the tangle pathology, consistent with the amyloid cascade hypothesis. In addition, these mice exhibit deficits in synaptic plasticity, including long-term potentiation (LTP) that occurs prior to extracellular Aß deposition and tau pathology, but is associated with intracellular Aß immunoreactivity. These studies support the view that synaptic dysfunction is a proximal defect in the pathobiology of AD, preceding extracellular plaque formation and neurofibrillary pathology. As these 3xTg-AD mice phenocopy critical aspects of AD neuropathology, this model will be useful in pre-clinical intervention trials, particularly because the efficacy of anti-AD compounds in mitigating the neurodegenerative effects mediated by both signature lesions can be evaluated.