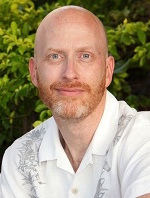 My research investigates the neural bases of human long-term memory. I use functional neuroimaging (fMRI), experimental psychology, neuropsychological studies of amnesic patients, and studies of aging and dementia to investigate how the neural systems supporting these various types of memory operate and interact. Particular emphasis is placed on understanding the human hippocampus and other components of the medial temporal lobe. Memory can be subdivided into a variety of types (implicit vs. explicit, declarative vs. nondeclarative) that can be tested in a variety of ways (recall vs. recognition, recollection vs. familiarity) that rely on a variety of computations (pattern separation vs. pattern completion) and rely on a variety of brain structures (hippocampus, MTL, prefrontal cortex, striatum). To make matters even more interesting, most of these divisions are not truly polarized, but instead, there are interactions and a kind of spectrum that underlies the two extremes. Much of the research in our lab tries to push these boundaries, to evaluate not just the extremes, but the shades of gray in between. As an undergraduate and later in graduate school, where I studied with Jay McClelland, I learned how to think about the brain’s cognitive abilities in terms of computations. I designed computational models to evaluate the cognitive performance that we observe in humans. I no longer do much of the modeling myself anymore, but my thinking is still very much motivated by computational models of the brain and much of the research in my lab is focused on testing some of the hypotheses derived from these models. The research in my lab is largely derived from two sources: behavior and MRI. In humans, the primary readout of memory is still behavioral performance, so this is still the first and last and most important variable that we return to. However, behavior doesn’t tell us anything about the brain, so to address where and how this behavior is derived, we use MRI. There are many techniques that can be utilized with MRI: functional, structural, diffusion-tensor imaging, resting-state and functional connectivity, among others. In the Stark lab, we try to not only apply these techniques to our questions of interest, but push them further, develop them in novel ways, and create new methods to address old problems. The field of cognitive neuroscience grew out of the observation that individuals with brain damage exhibited changes in behavior. As a field, we still rely on these observations, both to shed light on the underlying mechanisms and brain regions involved in a behavior, and in an effort to better understand disease and disorders. In my postdoctoral fellowship with Larry Squire, I tested amnesic patients to answer questions about memory behavior following damage to the hippocampus and medial temporal lobes. In the Stark lab, we now work with several other populations to address different questions. Our main area of focus in recent years has been on aging and dissociating those behavioral and neural changes associated with aging from those associated with the early memory impairments observed in Alzheimer’s disease. In addition, we are interested in both behavioral and neural changes associated with individuals with depression, Schizophrenia, and early childhood stress. On the flip side, we are also investigating the incredible memories of those individuals with Highly Superior Autobiographical Memory.