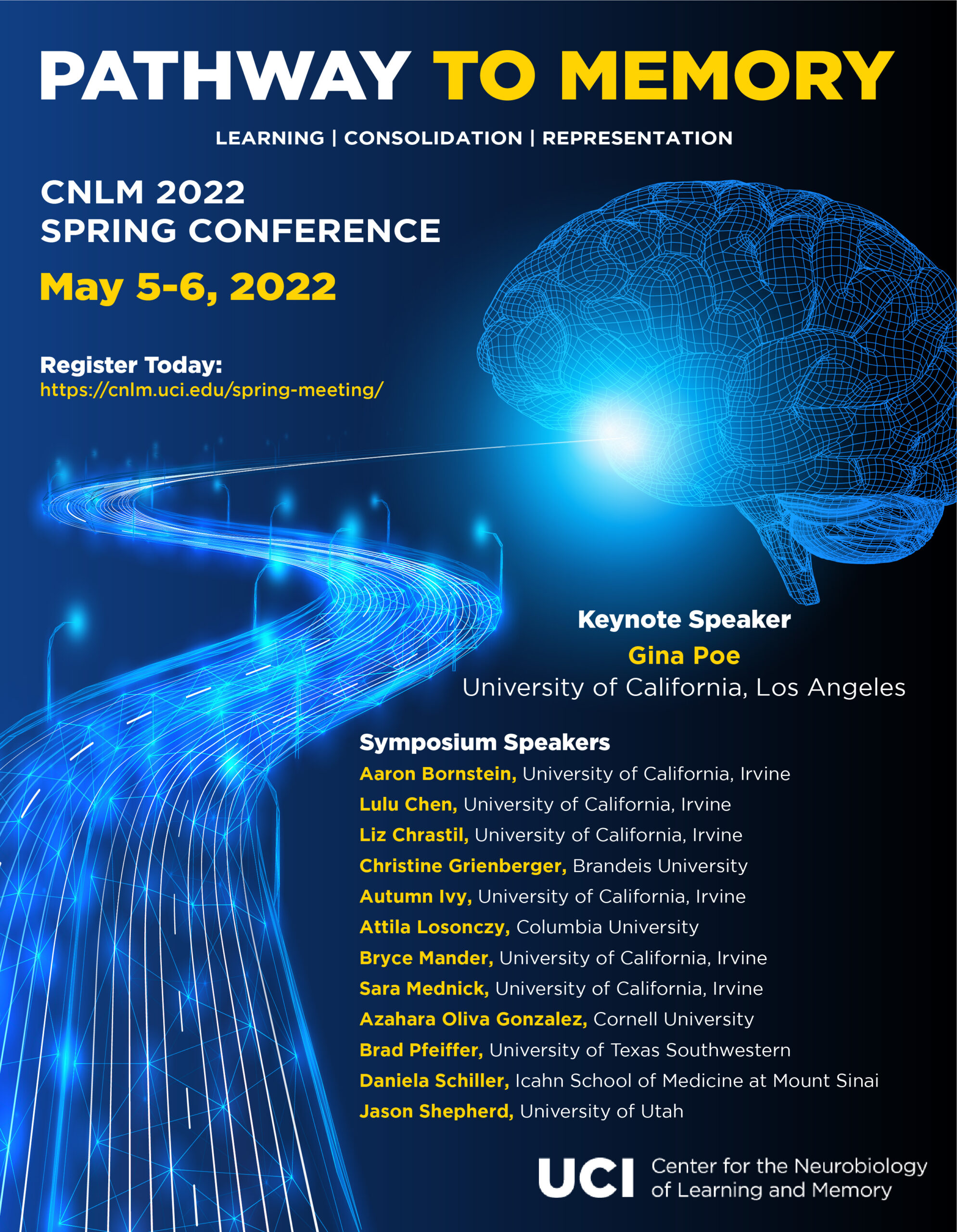 This event has passed.

Registration will first be open to CNLM Fellows and their laboratories, as well as alumni and guests. Early registration is encouraged.

As we change with time, so too do our memories. Decades of research has shown that memory formation and representation is not a singular process, but rather a host of processes working together to encode, maintain, and augment memories to be used to inform behavior. Here, we aim to understand these pathways to memory through three symposia. The first, "Learning Signals," will investigate how the brain transforms experience into signals which persist and augment neural circuits. The second, "Consolidation," will focus on how brain regions and neural circuits change to stabilize labile memories to persist over time. The third, "Representation," will examine how the dynamics of brain regions and neural populations support the encoded memories. Through discussion sections, data blitz and poster sessions, we will synthesize and integrate research findings to build a portraiture of memory through its timecourse.

The program includes a data blitz session, giving graduate students and postdoctoral fellows an opportunity to briefly present their research findings. The number of data blitz presentations will be limited and will be prioritized according to registration date and also distributed to represent different labs and institutions.

In addition to presentations from trainees, we will have one “open paper” session that will provide faculty who are not speaking in the symposium sessions to deliver a slightly shorter 8-minute brief talk with 2 minutes for questions. No more than 10 slides are permitted in open paper sessions. Every effort will be made to accommodate all faculty interested in presenting open papers.

The Importance of Regrouping in the Downstate

Sara Mednick, UC Irvine
Exploring the body/mind connection during sleep and its contributions to cognitive enhancement

Carlene Chinn
Determining the role of Gilz, an X-linked gene, in the development and persistence of maladaptive fear memories

Mariya Vodyanyk
Drawing from what we see to transform our representations

Keynote: Gina Poe, UCLA
The importance of regrouping in the downstate

*All times in Pacific Time