This fall, the Center for the Neurobiology of Learning and Memory welcomes four predoctoral scholars into the Howard Schneiderman Interdisciplinary Training Program in Learning and Memory. The program, now in its second year, is funded by a prestigious training grant (T32) from the National Institute for Mental Health (NIMH) and supplemented with a private endowment named in honor of Dr. Howard Schneiderman (1927-1990), former Dean of Biological Sciences at UCI and a major driving force in building the School in its early days. The endowment gift was made by his late wife, Audrey Schneiderman, a long-time friend and advocate of the CNLM and recipient of the UCI Medal, the university’s highest award which recognizes persons whose dedication and generosity have significantly contributed to the spirit and vision of UCI.

This competitive and rigorous training program supports students financially by providing them a stipend and funds to travel to conferences to present their research. The program prepares students to become leaders in neuroscience by offering them individualized mentorship, advanced courses in topics related to learning and memory, as well as workshops in team science approaches to neuroscientific inquiry and experimental design and quantitative approaches. In addition, students attend seminars, present their work at conferences and retreats and participate in outreach activities of the CNLM.

“The Howard Schneiderman Interdisciplinary Training Program is a prestigious program that recognizes some of the CNLM’s top scholars,” said Michael Yassa, Director of the CNLM. “Our goal is to train tomorrow’s leaders in neuroscience. I look forward to celebrating all their successes!”

Training with Drs. Christine Gall and Gary Lynch, Aliza Le  is working to understand sex differences in memory by investigating connection between neurons in the brain’s memory center, called the hippocampus. Aliza has made terrific progress over the last year, and we are thrilled to announce that she has been re-appointed for a second year on the training program.

Training with Drs. Tallie Z. Baram and Steve Mahler, Sophie Levis, a MD/PhD student, uses an animal model to understand how early life adversity might change the brain connections that are involved in learning and memory and how these changes may affect vulnerability to addiction to opioids and other drugs later in life. We are delighted to announce that Sophie has been awarded an individual F30 fellowship from the National Institutes of Health to continue to support her research and is thus rotating off CNLM training grant. Congratulations, Sophie! 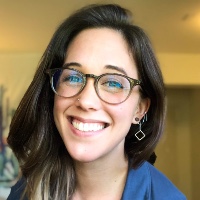 How does physical exercise improve memory? Does sleep play a role? Miranda Chappel-Farley is investigating how physical exercise might improve memory by improving sleep. She uses a combination of functional magnetic resonance imaging (fMRI) and electroencephalography (EEG) to study sleep during overnight sleep studies. She hopes to use the knowledge she gains to develop more tailored lifestyle modification interventions to stave off memory loss in older adults. Miranda is also deeply committed to service in the CNLM and serves as Co-chair of the Older Adults Outreach Committee in the CNLM Ambassadors. 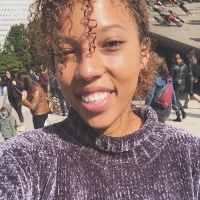 Why do some 90 year olds show superior memory, while others exhibit memory loss? Elena Dominguez hopes to unlock the secret to healthy aging.  She uses neuropsychological data and brain imaging to study what might be going on in the brain that results in healthy aging and dementia. Elena is one of the cofounders of #BlackinNeuro, an international grassroots organization dedicated to recognizing and highlighting Black excellence in neuro-related fields. 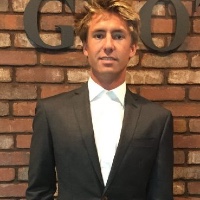 Does memory play a role in depression? In depressed individuals, why are negative memories retrieved more frequently than other memories? Steven Granger is investigating the underlying mechanisms of memory retrieval to help those who suffer from mental illness. Steve is passionate about the link between peripheral measures of arousal and neuroscience and is co-leading the Communications Committee in the CNLM Ambassadors. 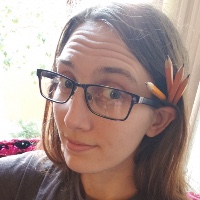 Modern technology has helped every aspect of our lives, however, it has also created an environment of constant stress. How are the stresses of modern life impacting learning and memory? Rachael Hokenson’s research seeks to understand  the differential effects of modern-life stress on learning and memory in men and women. Rachael is also co-chair of the Irvine Brain Bee, an annual competition for high school students, founded and hosted by the CNLM. Rachael is also on their way to becoming a double (B.A. and Ph.D.) alum of UCI — Zot zot zot!

We look forward to working with this brilliant group of scholars over the coming year and are excited to watch them develop into tomorrow’s leaders in neuroscience.

To learn more about the Howard Schneiderman Interdisciplinary Program in Learning and Memory click here.