In 1975, American biologist E. O. Wilson said that the “evolution of human sociality is the fundamental conundrum of biology.” This year at the 26th Distinguished Lecture on Brain, Learning and Memory, neurophilosopher and UCSD professor emerita Dr. Patricia Churchland spoke about the advances in reconciling the bridge between the philosophical nature of morality and ties with modern neurobiology. Her talk entitled, “Conscience: The Origins of Moral Intuition” explored the evolutionary basis and biological underpinnings of moral intuition, a discussion which parallels her newly released book.

In front of a full auditorium of more than 750 at the Irvine Barclay Theatre, Dr. Churchland began with a description of the history of philosophic inquiry into morality. She remarked of the ambiguity in operationalizing morality, listing principles once theorized by Darwin and others. She expounded on the idea that morality is ultimately made from concepts and categories referencing Eleanor Rosch, a professor at UC Berkeley, who describes morality as having a radial structure. While at the core, morality can be quite clear, it can also be quite dynamic and encompass many things.

Throughout her talk Dr. Churchland took us across the ages, describing the evidence for sociality across species and ultimately converging on a key point: that the evolution of warm-blooded mammals coincided with the development and need for sociality. Dr. Churchland theorized that warm blooded animals consumed more energy as they evolved. Further, that warm blooded animals evolved to be smart and adaptable no matter the environment, an attribute that was made possible with the development of a cortex. However, with this new cortex comes another challenge. Due to the larger brain, there is an increase in the time it takes newborns to become self-sufficient. This then creates a need for parental caregiving that in turn establishes a paradigm shift from me to me and mine. She theorizes it was this transformation that gave rise to morality.

Following this articulate and powerful description of morality through the ages, Dr. Churchland then explained several biological underpinnings of morality. In particular Dr. Churchland highlighted the importance of studying animal models that also display morality. She described the prairie vole who unlike other species of vole display a strong pattern of pair bonding where the male and female are together for life with the male participating in fostering the pups. Dr. Churchland drew attention to the influence of oxytocin in species known to have these phenotypes of morality and highlights that oxytocin receptors are clustered around pleasure-reward areas of the brain in prairie voles compared to other vole species. Together, Dr. Churchland gave several examples of how reward systems in the brain (as well as many other systems including the prefrontal cortex) are intricately tied in producing the construct of morality. Dr. Churchland concluded her lecture by drawing importance to the fact that social norms take hold because of the reward system and our capacity to care about approval and disapproval.

As a fourth-year graduate student studying neurobiology at UC Irvine, I admired Dr. Churchland’s delicate perspective and immense knowledge of philosophical and neurobiological concepts. I found that her talk represented a type of ultimate assimilation that can be accomplished if you are open to studying difficult concepts and interested in a holistic view of the real-world applications of laboratory work.

The event recording is below. 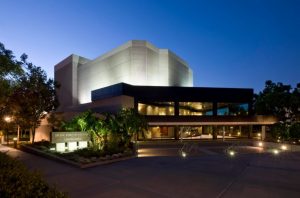 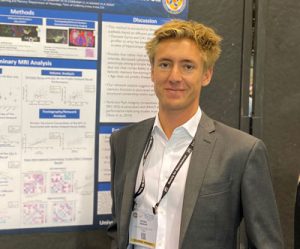