Irvine, Calif., Aug. 8, 2019 – The use of prescription stimulants by those without medically diagnosed conditions marks a growing trend among young adults – particularly college students seeking a brain boost. But according to a study led by the University of California, Irvine, taking a nonprescribed psychostimulant may slightly improve a person’s short-term focus but impede sleep and mental functions that rely on it – such as working memory.

“Healthy individuals who use psychostimulants for cognitive enhancement may incur unintended costs to cognitive processes that depend on good sleep,” said lead author Lauren Whitehurst, a former graduate student in UCI’s Sleep and Cognition Lab who’s now a postdoctoral fellow at the University of California, San Francisco. “Our research shows that while psychostimulants may mildly curb natural attentional deterioration across the day, their use also disturbs sleep and post-sleep executive function.”

The study, conducted in the Sleep and Cognition Lab, involved 43 people between 18 and 35 years old. Before receiving any medication, they completed baseline working memory and attention tasks. For the latter, participants had to track several moving circles on a screen for a short period of time. For working memory, they were asked to remember and manipulate a set of letters while performing simple math equations and then after a short retention interval, recall all the letters.

In one subsequent 9 a.m. lab visit, subjects were given an inactive placebo pill; in another, they got 20 milligrams of dextroamphetamine – a drug in the same class of psychostimulants as Adderall. At 75-minute and 12- and 24-hour intervals after each dose, participants repeated the attention and working memory tasks – spending the night in private rooms in the lab, where their brain activity was measured via electroencephalography.

“Our research suggests that the purported enhancement to executive function from psychostimulants in healthy populations may be somewhat exaggerated, as we found only minor daytime improvement in attention and no benefit to working memory,” said co-author Sara Mednick, UCI associate professor of cognitive sciences and director of the campus’s Sleep and Cognition Lab.

“In addition, we noted a large impairment to nighttime sleep, even though the medication was administered in the morning. Psychostimulants also led to detrimental consequences to cognitive functions that rely on good sleep. Thus, people who are taking these drugs to perform better in school or at work may feel as though they are doing better, but our data don’t support this feeling.”

Her team discovered that attentional performance deteriorated throughout the day whether subjects received the dextroamphetamine or the placebo – an important finding that may help guide future studies on attention.

Researchers also determined that when participants ingested dextroamphetamine, they did about 4 percent better on the attentional task 75 minutes later than did the placebo group – and than they themselves had done during baseline testing. This small boost was not reflected in the 12- or 24-hour test, after sleep.

For working memory, on the other hand, subjects who had taken the stimulant performed the same as those who had taken the placebo on the 75-minute and 12-hour tests. But 24 hours after ingestion, the dextroamphetamine group did markedly worse on the test than did the placebo group, and overnight EEG and polysomnography measurements showed significant reductions in total sleep time and quality for those given the stimulant.

This research was supported, in part, by an Office of Naval Research grant (N00014-14-1-0513) to Mednick. Whitehurst received a National Institute of Mental Health postdoctoral research training grant (T32MH019391) for her work. 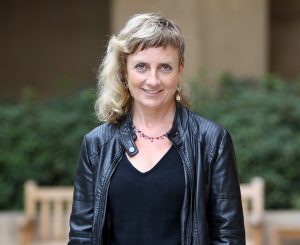 About the University of California, Irvine: Founded in 1965, UCI is the youngest member of the prestigious Association of American Universities. The campus has produced three Nobel laureates and is known for its academic achievement, premier research, innovation and anteater mascot. Led by Chancellor Howard Gillman, UCI has more than 36,000 students and offers 222 degree programs. It’s located in one of the world’s safest and most economically vibrant communities and is Orange County’s second-largest employer, contributing $5 billion annually to the local economy. For more on UCI, visit www.uci.edu.

Media access: Radio programs/stations may, for a fee, use an on-campus ISDN line to interview UCI faculty and experts, subject to availability and university approval. For more UCI news, visit news.uci.edu. Additional resources for journalists may be found atcommunications.uci.edu/for-journalists.